Information and technology - software jobs- offer the most competitive salaries in Viet Nam, according to VietnamWorks's Salary Insights report. 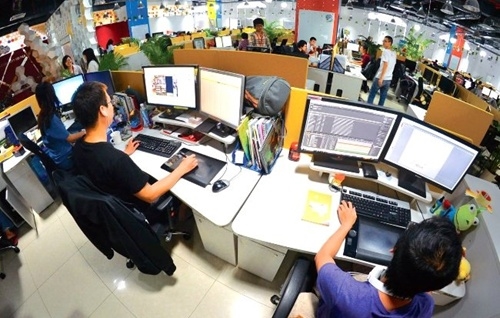 Information and technology - software jobs- offer the most competitive salaries in Viet Nam.

The report presents an analysis of salary data specified in each job posting on VietnamWorks.com  from January 1 to June 30 this year. Most of the jobs are for positions in the Vietnamese market.

Meanwhile, normal salaries for other popular sectors in Viet Nam, including accounting, administrative, production, marketing and sales, range from $251 to $500.

The strong development of technology and the Internet in recent years resulted in increasing recruitment demands, while human resources in Viet Nam's technology sector has not met that demand.

That gap, and the demand to attract high quality employers, are key factors for the high salaries in the IT field.

Also, according to the report, the most common salary for new graduates and entry level employees range from US$251 and $500.

In management positions, the salary ranges between $1000 and $2000 per month.

Meanwhile, for director and CEO level positions, monthly salaries are at least $3000.

The report also shows salaries by location. According to VietnamWorks, many people believe that they could earn more money and become wealthy more quickly if they accept positions in large cities.