As the outbreak of coronavirus reaches more than 72,000 confirmed cases across the globe, there is much uncertainty regarding where is safe to visit, with 27 countries now affected by the virus. 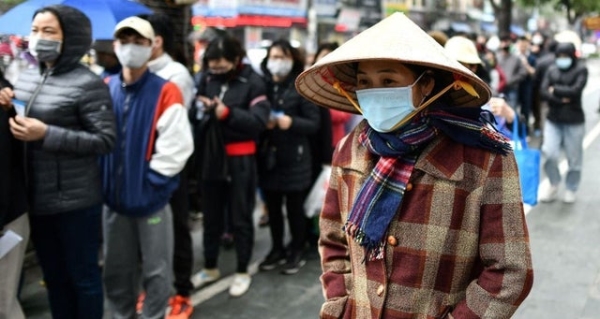 The UK Foreign and Commonwealth Office (FCO) amended its travel advice on Tuesday 4 February 2020, advising against all travel to Hubei Province due to the ongoing outbreak, with several other countries imposing travel restrictions - including Vietnam.

Is it safe to visit Vietnam?

On 13 February, the Vietnamese health ministry confirmed the nation’s 16th case of coronavirus.

Authorities have stated that at least 11 of these cases were in the northern province of Vinh Phuc. As a result, the Son Loi commune in Vinh Phuc was placed under a 14 day quarantine on Thursday (13 Feb).

Despite the low number of cases in Vietnam, travel restrictions and quarantine requirements have been imposed by Vietnamese authorities in an effort to prevent further spread of the virus, with the FCO updating its official travel advice to reflect this.

The FCO said, “As of 1 February 2020, anyone who has visited China in the previous 14 days will be refused entry to Vietnam. The only exceptions will be people with specific agreement travelling on official government business.

As well as the travel restrictions and quarantine requirements, the Vietnamese government has recommended that citizens wear masks in public, and has introduced special permits for anyone seeking to organise large public events.

In an effort to mitigate the risks of infection, authorities have also introduced health screening at airports and land borders.

Anyone who shows signs of respiratory illness on arrival in Vietnam can expect to be checked. Those who are confirmed as having coronavirus, including foreigners, can expect to be quarantined.

What are the symptoms of coronavirus?

Coronaviruses are a large family of viruses, with the Centers for Disease Control and Prevention (CDC) explaining they usually cause “mild to moderate upper-respiratory tract illnesses”, like the common cold.

This particular strain originated in Wuhan City, Hubei Province, the largest city in central China, and is in the same family as SARS and MERS (Middle East respiratory syndrome).

The first suspected cases of the virus were reported at the end of last year on 31 December 2019 in Wuhan, but it has since been confirmed in other parts of China.

Most people get infected with these viruses at some point during their lives, although they usually only last for a short period of time.

Symptoms of the virus may include:

Human coronaviruses can sometimes cause lower-respiratory tract illnesses, such as pneumonia and bronchitis, or more severe diseases such as SARS. However, this is more common in people with cardiopulmonary disease, people with weakened immune systems, infants and older adults.