After a trial run, Vietnamese network operators are ready for 4G, a necessary step for Vietnam to advance toward 5G and prepare for the Internet of Things (IoT). 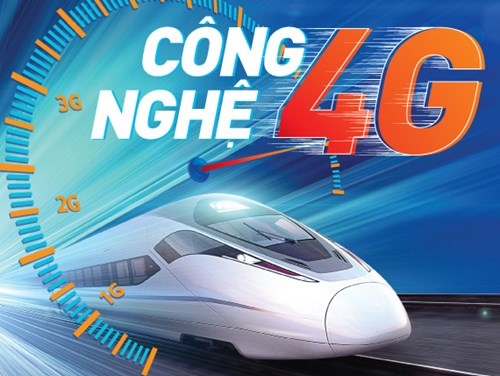 In July 2016, MobiFone, one of the three largest network operators, officially launched the north-south backbone transmission line. It is equipped with modern technology, with the speed of up to 300 Gbps and a high security level.

This was considered the best step for 4G deployment. The master of the backbone transmission network allows MobiFone to provide broadband services on a high-speed mobile platform to 25 cities and provinces.

Anthony McLachland, CEO of Ciena Asia Pacific, said that with the network, MobiFone can provide services flexibly to orders when the bandwidth demand increases in Vietnam, for all data, voice, video and cable TV services.

Viettel and VinaPhone were more light-footed than MobiFone as they tried 4G in early 2016.

As for the results of the trial run, a representative of MobiFone said it was satisfactory, with transmission speed of up to 225 Mbps/75Mbps. The other two large network operators reported the same results.

“The frequency band for 4G has been programmed, mobile network operators have finished their trial run, and equipment is available. This means that everything for 4G is ready,” said Thieu Phuong Nam, CEO of Qualcomm Vietnam, Laos and Cambodia, adding that 4G just needs the state’s approval to be launched.

4G technology allows high data transmission and loading capability, which can be 10-20 times higher than 3G.

However, while 4G has not been launched in Vietnam, wireless technology worldwide has been preparing for 5G.

Questions have been raised about why Vietnam does not go directly to 5G, and if Vietnam is wasting money to deploy 4G while the world is marching towards 5G.

Nam of Qualcomm said that like 3G, 4G is a necessary step to be taken to march towards 5G. “We cannot miss the step,” Nam said.

Unlike old technologies used to connect people, 5G allows people to connect everything, and 4G is the basis. As such, the investment in 4G infrastructure is not wasteful.

Also according to Nam, 4G can bring opportunities to the entire mobile ecosystem, from network operators to app developers to digital content service providers.