Experts believe that Vietnam should follow a gradual opening roadmap instead of an immediate opening to protect its great achievements in fighting against Covid-19.

The proposal on resuming trade relations with 17 economies, important partners which make up 90 percent of foreign investment, 80 percent of international trade and 80 percent of travelers to Vietnam, has been made by the HCM City Party Committee Secretary Nguyen Thien Nhan. 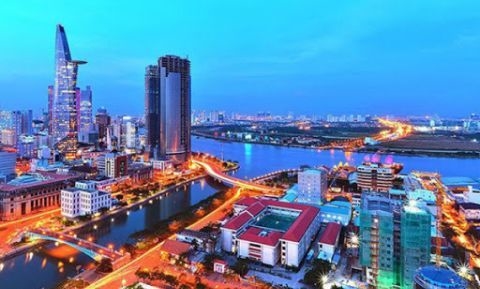 A representative of the Ministry of Industry and Trade (MOIT) told the local press that the economic and trade relations between Vietnam and its partners have not been completely closed but maintained via many different channels.
A ‘reopening’, according to the official, is understood as resuming international air routes and restoring entry/exit activities, thus creating favorable conditions for businesses and investors to carry out their production and business activities in a normal state.

However, though economic relations were not shut down, the countries’ application of measures to fight against COVID-19 has hindered production, import/export and travel activities.This has had direct impact on Vietnam’s trade turnover, especially in smartphones, textile and garments and footwear products.

GDC has reported a sharp fall of 11.2 percent in the export of key products to the EU to $13.3 billion in the first five months of the year.
The total Vietnam-EU import and export turnover reached $19 billion, a decrease of 6 percent. Footwear exports brought turnover of $4.6 billion, down by 1.4 percent, textiles and garments $6.37 billion, down by 18.14 percent and seafood $1.21 billion, down by 3.6 percent.
Textiles and garments, and footwear, are the two industries which suffered most heavily from Covid-19. The export turnover of the industries has dropped by 20-30 percent compared with the pre-pandemic days.
Phan Thanh Xuan, deputy chair of the Vietnam Leather, Footwear and Handbag Associaiton (Lefaso), said footwear companies are looking forward to resuming trade relations with large economies and major export markets as soon as possible.
The Ministry of Industry and Trade (MOIT) has proposed that the government consider a roadmap to step by step loosen entry/exit, reopen the market and resume some air routes with countries and territories that are big trade partners and who have contained COVID-19.
Nhan believes that a safe country is one which has no more than 10 coronavirus cases for every 1 million people.
He named 10 economies which Vietnam can consider resuming trade relations with: Japan, South Korea, China, Taiwan, Thailand, Hong Kong, Germany, Australia and the Virgin Islands. Other partners, including the US, will need further consideration.