When the health care systems of most powerful countries in the world have failed to curb the spread of Covid-19, the Southeast Asian country of Vietnam performed an outstanding work against the pandemic cutting swath through the globe.

The country is considered to have built a success story with its fight against novel coronavirus. A nation of around 95 million population, Vietnam confirmed its first Covid-19 case on January 23. However, it has so far reported 332 cases with zero deaths and 321 recoveries.

The country has 1,450 kilometers of land border with China, the ground zero of the virus, which has suffered 4,634 deaths and over 83,057 infections.The country's quick measures to contain the spread of virus were another to-the-point move behind its success. When the number of Covid-19 cases saw a rapid increase in China in the last week of January, Vietnam banned entry to Chinese tourists on January 28.

Despite having a long border with China, Vietnam has not been seriously affected by the large number of cases in its neighbor as it was quick to take preventive measures against coronavirus. 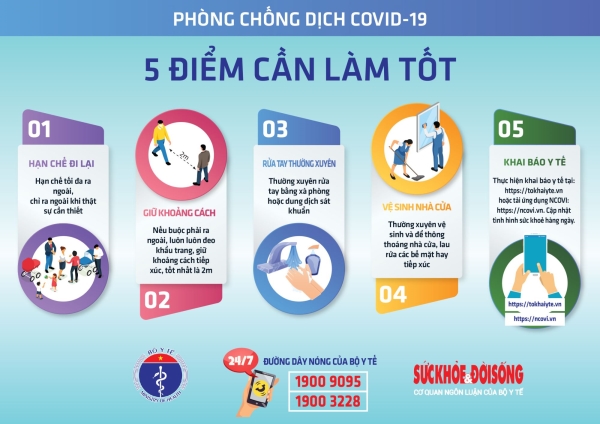 On March 21, authorities began imposing a 14-day quarantine for all foreign arrivals, as well as the places they visited.The local administration meticulously traced every single person who may have been infected with the virus and quarantined entire streets as well as villages out of a fear of outbreak.

The government also expects the economy to grow by 5% this year during a massive global recession.Vietnam has proved a model in containing the disease in a country with limited resources but determined leadership.

During the Tet New Year celebrations - the most important celebration in Vietnamese culture - at the end of January, its Prime Minister Nguyen Xuan Phuc was at a government meeting “declaring war” on coronavirus. Although the outbreak at that time was still confined to China, Phuc warned it would soon reach Vietnam.“Fighting the epidemic is fighting the enemy,” he said during a meeting of Vietnam's ruling Communist Party.

Isolating and tracking down

Rather than embark on mass testing, which has been the crux of wealthier South Korea’s response to the outbreak, Vietnam has focused on isolating infected people and tracking down their second- and third-hand contacts. These measures were implemented much earlier in the course of the epidemic than in China, where lockdowns of entire cities were used as a last resort to keep the virus from spreading further.Apart from aggressive tracing of infected people’s contacts, the communist leadership’s measures have also included forced quarantines and the conscription of medical students, retired doctors, and nurses to join the fight.

However, Vietnam’s success in containing Covid-19 depends in part on the mobilization of medical and military personnel, surveillance and intrusion, and on the state’s network of informants — measures that might prove difficult for the US or European countries to countenance.

Security officials can be found on every street and crossing in every neighborhood and in every village. The military is also deploying soldiers and materiel in the fight against coronavirus.This close surveillance largely keeps anyone from slipping through the net or evading regulations.Part of Vietnam’s approach has also been heavy-handed. People found sharing “fake news” about the virus have been summoned by police and about 800 have been fined.

Vietnam is also applying a kind of war rhetoric in its fight against coronavirus. The premier has said: "Every business, every citizen, every residential area must be a fortress to prevent the epidemic."This has hit a nerve with many Vietnamese, who are proud of their ability to stand together in a crisis and endure hardships.

State-controlled media have also launched a massive information campaign. The Health Ministry even sponsored a song on YouTube about proper hand-washing that has gone viral.Carl Thayer, professor emeritus at the University of New South Wales Canberra, said: “Vietnam is a mobilization society.” “It is a one-party state; it has large public security forces, the military and the party itself; and it’s a top-down government that’s good at responding to natural disasters.”