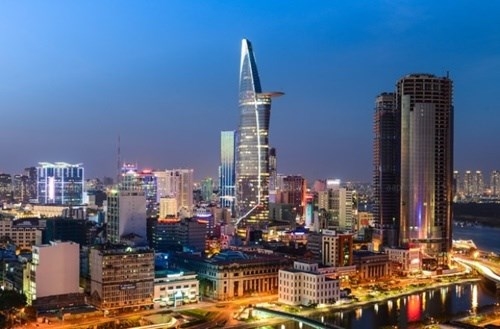 During the period, the growth rate of the service sector was 7.78 percent; the industry and construction sector 7.77 percent and the agriculture sector 5.5 percent.

The city’s export revenue was estimated to reach 22.7 billion USD, up 1.68 percent.

Speaking at a meeting this week, Nguyen Thanh Phong, chairman of the People’s Committee, said the city would achieve its target of reaching a GRDP growth rate of 8 percent this year.

However, the city still faces challenges, including sluggish improvement in economic competitiveness.

The city’s Department of Industry and Trade and the Trade and Investment Promotion Centre in cooperation with other agencies were asked to improve trade and investment promotion activities at home and abroad, and expand export markets.

He asked the leaders of departments, agencies and districts to complete their action plans on seven breakthrough missions.

The missions include: improving the quality of human resources; administrative reform; economic growth and competitiveness; reducing traffic jams and accidents, flooding and pollution; and beautifying and developing urban areas.

According to the city’s Steering Centre of Urban Flood Control Programme, as of mid-July, there were 59 construction projects illegally encroaching on water-release gates, manholes and canals.

Poor management by local authorities was the cause, according to recent inspections, Le Van Khoa, deputy chairman of the municipal People’s Committee, said.

“In the coming time if any district has sewers, manholes and canals flooded and blocked, the chairman of that district’s People’s Committee must bear responsibility before the municipal People’s Committee,” he said.

He also told the city’s steering centre and districts to prepare pumps to prevent flooding during heavy rains.

He said the steering committee in cooperation with the city’s Department of Information and Communications should encourage local television and other media outlets to inform the public about flooding sites during heavy rains or storms.