Vijay Prashad explores the differences between the pandemic responses of a few countries with socialist governments and others in the capitalist order.

Too little has been made of the fact that countries like Laos and Vietnam have been able to manage the coronavirus; there are no confirmed deaths from Covid-19 in either country. Both of these Southeast Asian states border China, where the virus was first detected in late December 2019, and both have thriving trade and tourist relations with China. India is separated from China by the high Himalaya Mountains, while Brazil and the United States have two oceans between themselves and Asia; nonetheless, it is the United States, Brazil, and India that have shocking numbers of infections and fatalities. What accounts for the ability of relatively poor countries like Laos and Vietnam to attempt to break the chain of this infection, while richer states – notably the United States of America – have floundered? 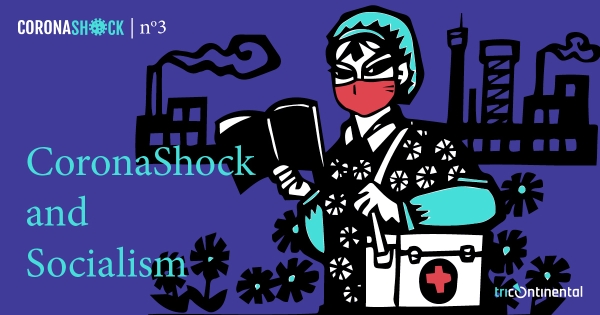 Our team at Tricontinental: Institute for Social Research has been studying the way in which governments in places like Laos and Vietnam have tackled the rapid spread of the coronavirus to better answer this fraught question. We looked closely at the experiences of three countries (Cuba, Venezuela, and Vietnam) and one Indian state (Kerala); these investigations are now published as our third CoronaShock study, “CoronaShock and Socialism.” In this investigation, it became clear to us that there are four principal differences between the Covid-19 response of countries with a socialist government and countries in the capitalist order: 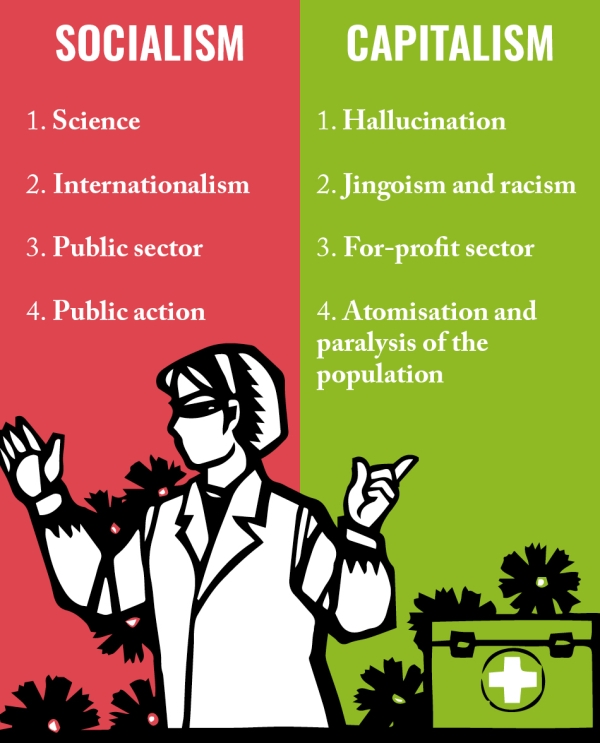 The moment that the Chinese scientists and doctors announced that the coronavirus could be transmitted between human beings on Jan. 20, 2020, the socialist governments went into action to monitor ports of entry and to test and trace key parts of the population. They set up task forces and procedures to immediately make sure that the infection would not go out of control amongst their people. They did not wait till the World Health Organization (WHO) declared a global pandemic on March 11.

This is in stark contrast to governments in the United States, the United Kingdom, Brazil, India, and other capitalist states, where there has been a hallucinatory attitude towards the Chinese government and the WHO. There is no comparison between the stance of Vietnam’s Prime Minister Nguy?n Xuân Phúc and U.S. President Donald Trump: the former had a sober, science-based attitude, while the latter has consistently laughed off the coronavirus as a simple flu as recently as June 24. 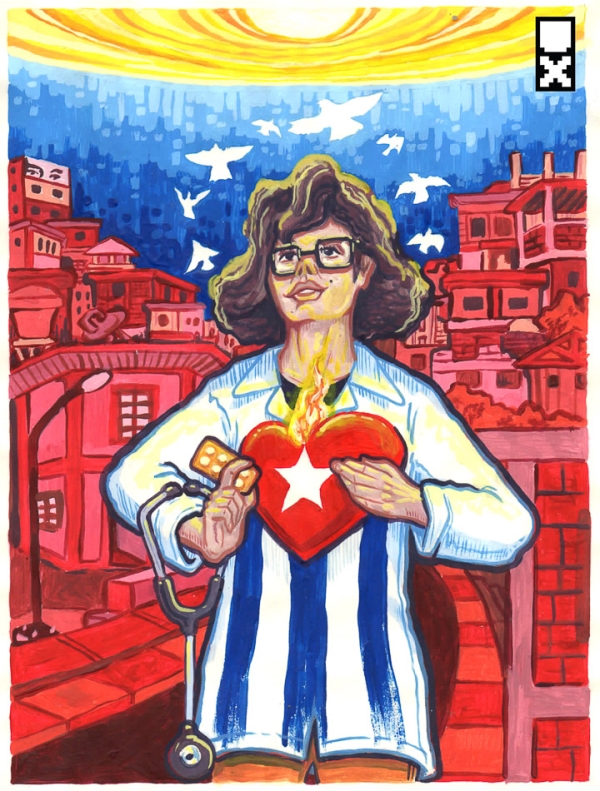 Trump and Brazilian President Jair Bolsonaro seem to spend less time preparing to tackle the virus and more time blaming China for the virus, more concerned with deflecting their own incompetence than caring for their people. This was the reason that the WHO Director-General Dr. Tedros Adhanom Ghebreyesus called for “solidarity, not stigma.” Jingoism and racism could not save the United States or Brazil from the onrush of the pandemic; both countries quickly found themselves plunged into a severe crisis.

Meanwhile, it was Vietnam – a poor country that, within living memory, was bombed with weapons of mass destruction by the United States – that sent protective equipment to Washington, D.C., and it was Chinese and Cuban doctors who went around the world to offer their assistance in the fight against Covid-19. No medical teams from the United States, the United Kingdom, Brazil, or India could be seen anywhere. Marinating in racism, the dangerously incompetent leaders of these states tried to hypnotize their populations into carefreeness. The price being paid by the population is very high. That is the reason why the writer Arundhati Roy called for a tribunal to investigate the governments of Trump, Modi, and Bolsonaro for what amounts to a “crime against humanity.” 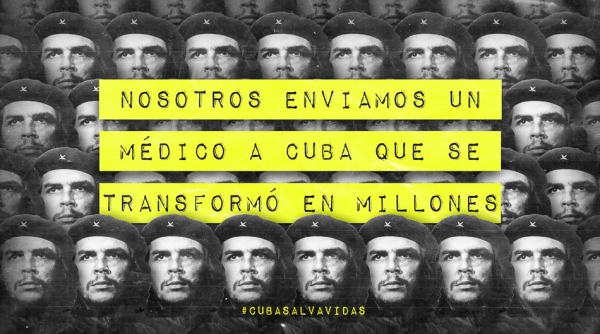 The term “flatten the curve” is a surrender to the reality in states that have privatized healthcare and shrunk their public health systems, which cannot handle a pandemic. As we showed in dossier no. 29 (June 2020), “Health Is a Political Choice,” the assault on public health systems led the WHO to warn about the dangers of the surge of any pandemic in countries that had accepted the neoliberal mandate to privatize healthcare delivery.

Countries like Vietnam and Cuba were able to rely upon their public health systems and their public sector to produce whatever was necessary to fight the virus – from protective equipment to pharmaceutical drugs. This is the reason why it was Vietnam – a poor country – that was able to send the United States – a rich country – half a million units of protective equipment.

Kerala, a state of 35 million, saw its many mass organizations of youth and women, workers and peasants, as well as its many cooperatives, directly enter the process of breaking the chain of infection and providing relief for the population. One cooperative, Kudumbashree – made up of 4.5 million women – produced masks and hand sanitizers at enormous volumes, while trade unions built sinks at bus stations. This type of public action was apparent across the socialist world, from Cuba’s Committees for the Defence of the Revolution, which mobilized to make masks and support health campaigns, to Venezuela’s community kitchens and Local Committees for Supply and Production (CLAP), which expanded food deliveries to ensure that people’s nutritional needs were met.

This level of public action is simply not available in the advanced capitalist countries, where mass organizations have been tethered and voluntary action has become professionalized in non-profit organizations. It is ironic that in these large democracies, the populations have been atomized and have come to rely upon state action, which remains decidedly absent. 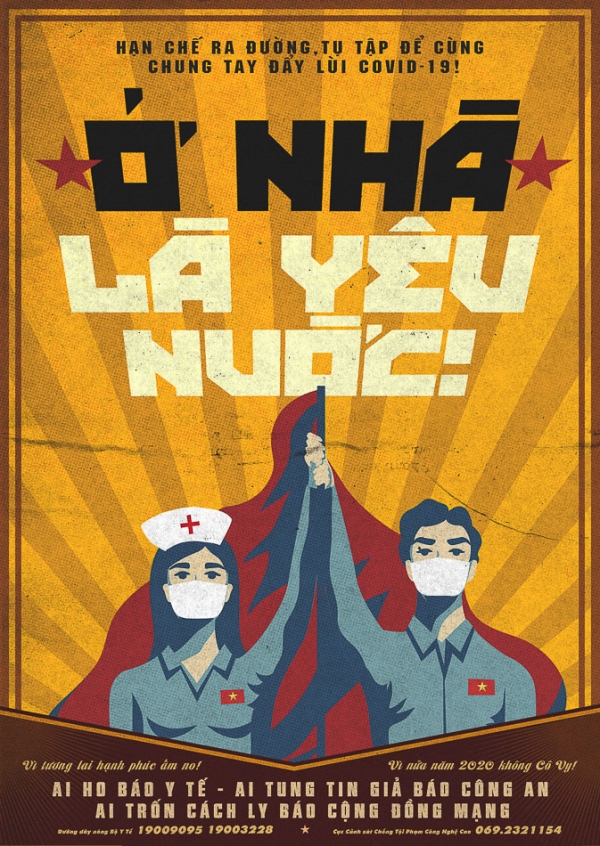 It is for these reasons that Laos and Vietnam have had no deaths, and that Cuba and Kerala were able to hold down the rates of infection; if not for the people infected in Venezuela’s neighboring countries (Brazil and Colombia), mired in neoliberal policies, the numbers of those infected would be even lower, though the country’s current total of 89 deaths from Covid-19 pales next to Brazil’s 72,151, the U.S.’ 137,000, and Colombia’s 5,307. It is worth noting that, despite this vast discrepancy in numbers, Venezuela’s President Nicolás Maduro would still insist on the severity not only of the disease itself but of the value of each of the 89 lives lost.

But countries like Laos, Vietnam, Cuba, and Venezuela face severe challenges, even as they have largely been able to contain the virus. Cuba and Venezuela remain threatened by a callous sanctions program set in place by the United States; they cannot easily get access to medical supplies or easily pay for them.

A government official from Laos told me, “We defeated the virus crisis. Now we are going to be defeated by the debt crisis, which we did not create.” This year Laos will have to pay $900 million to service its external debt; its total foreign exchange holdings amount to under $1 billion. The coronavirus recession, absent the universal cancellation of debt, has produced a serious challenge to these socialist governments who have been able to valiantly manage the pandemic. A call for debt cancellation in this context is a matter of life and death. This is why it is a key part of the “Ten-Point Agenda for the Global South After COVID-19.” 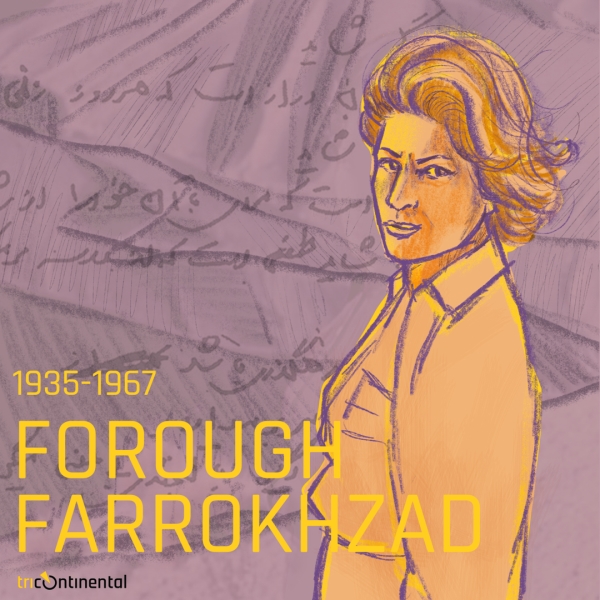 For good reason, my mind wandered to poets and militants from an earlier era who fought to produce humanity in the world. Two Iranian poets came to mind, both killed in different ways by the dictatorship of the Shah: Forough Farrokhzad (1934-1967) and Khosrow Golsorkhi (1944-1974). Farrokhzad’s wonderful poem, “Someone Who Is Not Like Anyone,” urges the arrival of someone who will come and “distribute the bread,” “distribute the whooping-cough syrup,”, and “distribute the hospital admission numbers.” She died in a car accident; the circumstances mysterious.

Golsorkhi was accused of plotting to kill the Shah’s son. At his trial, he announced, “As a Marxist, my address is to the people and to history. The more you attack me, the further I am from you and the closer I am to the people. Even if you bury me – and you certainly will – people will make flags and songs from my corpse.” He left behind many cherished songs, including one which gives us the title of this newsletter and is an exhortation against the uncertainty of our times:

We must love one another!
We must roar like the Caspian

even if our cries are not heard
we must bring them together.

Each heartbeat must be our song

the redness of blood, our banner
our hearts, the banner and the song.

Vijay Prashad, an Indian historian, journalist and commentator, is the executive director of Tricontinental: Institute for Social Research and the chief editor of Left Word Books.

This article is from Tricontinental: Institute for Social Research.