Vietnam is among countries with alarming hepatitis B and hepatitis C infection rates in the world. 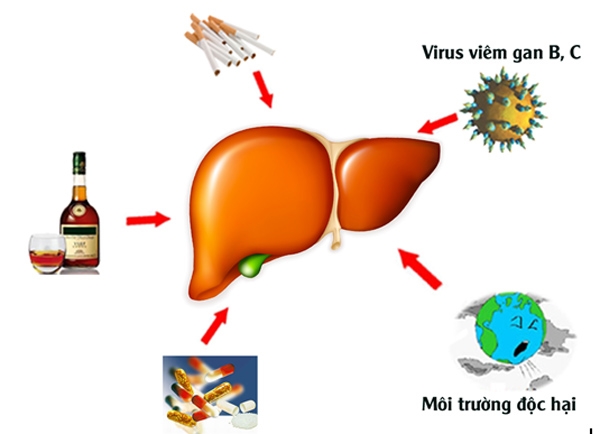 Rooms in the National Tropical Disease hospital in Hanoi are overloaded with patients suffering from hepatitis; some of them were hospitalized late when the disease became complicated and is threatening their lives.

Hepatitis B is the leading cause of liver cancer, with 25 percent of patients developing cirrhosis and then liver cancer if they are untreated.

Most people do not suffer any symptoms during the acute infection phase, but some people have acute illness with symptoms that last several weeks, including yellowing of the skin and eyes, dark urine, extreme fatigue, nausea, vomiting and abdominal pain.

Worse, the rate of people with hepatitis B and C in Vietnam is high. Study results conducted by the Ministry shows that the rate of Vietnamese having hepatitis B accounts for 6 percent of the whole population and the rate of hepatitis C from 0.2 percent to 4 percent.

Deputy Head of the Department of Preventive Medicine Do Huu Tuan said that currently the country has approximately 8.7 million people having hepatitis B and around one million suffering hepatitis C.

Still there has been no vaccine for hepatitis C and medication for the disease is costly. Medical experts said that treatment for hepatitis C in a few months cost VND200 million (US$ 177,940,000) – a big sum for poor people - because patients must take these drugs which each costs up to VND4-5 million. Many poor people can not afford the treatment so they discontinued; accordingly, hepatitis leads to cirrhosis and liver cancer.

Upon the reality of high rate of hepatitis in the country, Dr. Nguyen Van Kinh warned to preventive hepatitis people should be immunized especially newly-born babies should be injected vaccine against hepatitis within 24 hours after birth and further vaccine as per schedule. Those who are infected should go to medical facilities periodically as per doctors’ advice.

The Ministry of Health will have treatment guideline for treatment of hepatitis, update new medicine and propose medical insurance company to cover the treatment to reduce a part of patients’ burden.