THE energy of Vietnam hits you the moment you emerge from the airport. 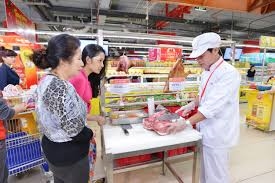